How Long Will it Hurt? - Forgiving the Unforgivable

A little boy went running down the halls toward his parent’s room, his father trailing behind him. He burst through the door and found his mother crying in a fetal position on the bed. The boy’s father swept him into his arms and closed the door before carrying the child with him to the bench swing on the back patio. She didn’t like crying in front of people, and today— she needed to cry.

“Why is mommy crying?” the boy asked, concerned.

“Because she is sad,” his father replied.

“Why is she sad?” the boy continued.

“Because she misses grandpa, son,” he explained.

The boy thought for a moment, “cause she can’t see him any more?”

He scrunched his face and looked down for a moment before he looked back up at his father and asked,

“How long will it hurt?”

The man took a long draw of breath, looking up at the stars. Then, he turned toward the boy and answered,

I lead a generally happy life. Do not misunderstand, however, I’ve never been one of those naturally peppy, all-smiles-all-the-time sort of people. It has taken considerable work for me to learn how to take responsibility for my own happiness and to actively create a life in which I find meaning and purpose and beauty. And yet, no matter how hard I try or how much space I put between me and my past, I can’t seem to entirely escape the pain there.

Recently, I was reminded of this when my old faith tradition, the LDS Church, issued a new policy regarding LGBT people and their children. Even years after being done with the church, the news hurt in a way I was unprepared for. Not only was it a sharp reminder of the rejection and abandonment by my faith community, it showed blatant disregard for the pain that I and so many others have endured at the hands of the Church.

I’ve been trying hard to forgive the institution because I don’t want to feel victimized my entire life— I don't think it is productive and I think it gives the offender power over me. It has proven difficult to do, however, when pain is still being inflicted. As I’ve thought about this dilemma, I’ve determined that I cannot wait for the pain to go away if I am serious about forgiveness. I can’t wait because I’ve realized that the answer to the question, “how long will it hurt” is “always, always.”

LGBT people in general, and LDS LGBT people specifically (I know- so many capital letters!), eventually find themselves orphaned in many ways. Most LGBT people are raised by heterosexual cisgender parents. They don’t grow up with a model by which to learn about queer relationships, queer love, or queer households. Their parents face real limitations when asked about things like sex, dating, or what it is like to be a sexual minority. LDS individuals must also face the fact that there is no place or plan for them in their theology or their religious community. In the most extreme cases, although not entirely uncommon, they are actually cut off by family and friends.

The result is that LGBT people must search for a new adopted family of sorts. One made up of people who do share their experiences and who do have a place for them. We flock to places that are safe for us to be who we are- where we can walk down any street and take the hand of our beloved without hesitation. It provides protection and belonging and affirmation of our equal capacity and desire to love and be loved. And although this can provide a sense of security in which we can build happy lives, many still suffer with feelings of abandonment, much like adopted children often do, even the happiest of homes. The hurt stays with us, always.

A few years ago, I connected with Bobby* on Facebook. We had lots of mutual friends because he too was a gay former-mormon. Eventually, I met him in person when I was visiting New York, where he lived. We met again recently as he was driving though Maryland. Inevitably, we chatted about our common history.


He was at BYU the same time that I was. In fact, he and I both worked in the library and were in the same room many times, though we wouldn’t officially meet for years. He told me the story about the circumstances in which he came to terms with the reality that he was gay, and I told him mine. It was a day in January when he sat in the shadow of the bell tower on campus and sobbed as he grappled with his reality. How many times had I passed that very spot? Yet he endured that pain just as I had endured mine while at BYU— in complete and utter isolation.

From Maryland, he continued his trip and stopped by BYU on his way through Utah. He sent a picture of the exact spot he sat in that day in January. He also sent a picture of the 2015 version of the front help-desk guy at the library- where I sat those years ago. I asked how it felt for him to be there now, curious to see whether it was similar to feelings I’ve experienced when I've gone back. Sure enough, it felt the same as it had for me- a strange mix of nostalgia followed by growing anxiety and the slightly frantic desire to get out.

It made me angry again. And it made me hurt again. How could our church, one we devoted our lives to, make us endure that soul-wrenching pain in isolation? Countless people were processing this deeply painful reality, all the while feeling as if they were the only ones. We had no one to talk to. We had legitimate reason to fear being rejected by everyone in our world, and even being kicked out of school. We felt absolutely alone and absolutely hopeless even while we literally occupied the same spaces. Shouldn’t our faith community have been our safe place?

We were there during prop 8. We listened to the talks that insisted there was no such thing as gay people- only people with “same-sex attraction.” We grew up in denial of our own reality because we thought we could concur it. It wasn’t a part of our identity- it was simply an attraction, and therefore we could change it. After all, why would God do that to anyone? No reason to talk to anyone about it. After all, it was icky and perverse. We didn’t want people to be disgusted with us and we didn’t want to be shunned or punished— besides, we could overcome it, and it would soon be a non-issue. No problem. We weren't those creeps that people didn’t want their children around— we were return missionaries and BYU students. We were card-carrying believers!

But it was a problem. It was a problem we dealt with practically every day of our lives. It was our normal- our reality. We didn’t know any other way to live. But you can only live in denial for so long. You can only rationalize and pretend for so long. You can only churn those thoughts around so many times in your head. Eventually, you run out of strength, of spirit, and of the emotional ability to go on. And, when that day inevitably comes, your world comes crashing down.

My cousin was recently taken to the hospital. She had an infection from an abscessed tooth. It went bad quickly and required emergency surgery. The thing about these sort of infections, is that they have often been festering for a long period of time. And even though you may not realize it, your body has been constantly pouring resources into fighting it. It isn't until the body can't fight any longer that things get obviously bad. And it isn’t until the infection has been cleared that your renewed energy makes you realize how much of a daily toll the infection had been taking on your body. This is what it is like to grow up gay in Mormonism.

Once you accept yourself and come out of emergency surgery- you are shocked at how much energy you have to devote to other things… to being happy. Life feels worth living for the first time in years because you aren’t constantly battling this hidden festering infection day after tired day. This isn’t just a subtle difference. I remember waking up and feeling something distinctly different. It was hope- something that had eventually faded completely over the years. Immediately, I became aware that all those years of misery were entirely unnecessary. I also learned of many others like me who never make it successfully out of surgery. The infection took them and it was all due to neglect.

We didn’t need to feel so alone all those years. We didn’t need to let the infection fester until it became an emergency. Unlike an abscess, we know in our core who we are. We become aware of our sexuality without anyone’s help or instruction. But the Church made us feel ashamed for who we were. It instructed us and encouraged us to deny it- to make it undetectable. It continues to ensure that queer kids suffer in silence and isolation, even while countless others around them are fighting the same. exact. life-threatening. battle. It is unforgivable. The Church does not deserve forgiveness.

I, however, do deserve it. I deserve the healing that comes when I am able to forgive.

It is said that you cannot have one without the other. You cannot know light if you do not know darkness. You cannot know what softness is if you have never felt hardness. And you cannot know joy without knowing sorrow. Yin and Yang. The price of our high level of self-awareness and creative capacity is the knowledge of our own mortality and eventual destruction. These all come gift-wrapped in the same package.

I’m learning that packaged together with the years of intense agony, self-hatred, and painful isolation were years of equally intense joy, self-love, and deep meaningful connection that I have only just begun to experience. The pain can become a part of my healing as I recognize that the equally strong capacity for joy is buried along side it, deep within my being. This is the silver lining that I can and must draw upon for the strength to forgive, because the reality of life is, sometimes the pain never really goes away. 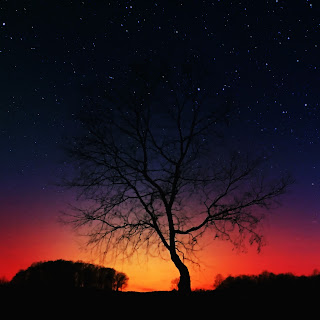 How long will it hurt?

Stars shine more brightly when shrouded in the darkest of nights.


*name changed for privacy
Posted by Unknown at 12:46 PM