Six of us sat around the dinner table in a farmhouse in the middle of rural Maryland. Across from me sat the married couple. They are service missionaries and occasionally wear black name tags that read "the Church of Jesus Christ of Latter-day Saints." To my right sat the cowboy from Utah who has probably spent more time with sheep than with people and is rarely spotted without a cattleman's hat atop his head. The remaining three of us have been on this farm longer than the others, but not by much, and despite the fact that we were all from different decades, we came out of the closet in the same one.

We found ourselves in that moment of awkward silence before dinner when everyone looks at the food in front of them with hungry eyes, but everyone is waiting for someone else to begin eating. All six of us knew exactly why the thick, uncomfortable silence had come over the table. Each of us around that table share a common cultural heritage-- we are Mormon. So we were all acutely aware that our religious tradition included a prayer before dinner. Those of us who were gay, however, had since left our religion. Like the bastard offspring of the Chacma baboon*, we were the unwanted children of a despotic father. Religion had abandoned us and so we, in turn, abandoned religion.

We take turns making dinner for our little group of farm residents. This was my night to cook and so I broke the silence.

I supposed I could have said, "let's eat!", but I didn't. I wanted the missionary couple to feel comfortable. One of them gave a familiar prayer- exactly like the countless dinner prayers from my past.

"...thank you for the good company and for the many blessings we enjoy. Bless this food, that it might nourish our bodies and give us the strength we need..."

Saying those words felt oddly similar to the feeling you get when you tell a lie. I was perplexed by this feeling because it wasn't a lie- I don't pray. Not anymore, anyway. As a child I was taught, both in church and by my parents, how to pray. I said countless prayers throughout my life. I know it as well as I know anything: 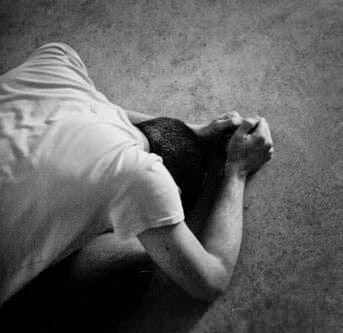 The truth is, I never really connected with prayer. I did it out of obligation. It was the duty of a good follower of Christ to pray- it was expected. I was taught that not praying would create breeding grounds wherein all sorts of problems could fester-- and so I prayed. I prayed even though I felt as if my words never made it past the ceiling. I prayed even though I found no comfort or solace in it. I prayed even though my experience with prayer actually left me feeling more alone. God was the only one I could talk to about being gay- I had no one else. But God never talked back.

The silence left me feeling completely abandoned-- worthless. As if I were so revolting even my own creator wanted nothing to do with me. And so, upon becoming estranged from my religion, I stopped praying.

Why then, I wondered, did I feel dishonest when I stated that I don't pray?

I thought a lot about this question for several days because I knew I'd be facing the same dinner-table situation again and I wanted to be able to navigate it in a way that felt honest and authentic. A few nights ago, it was my turn to make dinner again. This time, there was no awkward silence. I had no lingering feeling of uneasiness. It was actually a very wonderful night full of very meaningful conversation-- and it all started with the sharing of my findings with everyone at the table. Here is what I said: 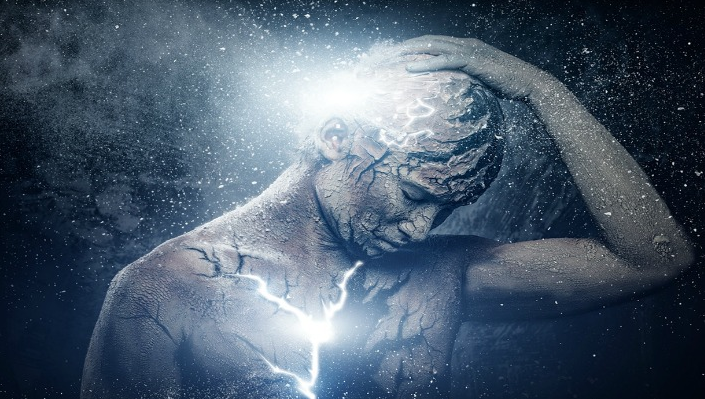 If there is some intelligent force in the cosmos,
some deity or God in the heavens,
and we are each the product of that being’s creation--
Then every last one of us holds within our very existence,
a unique clue which might help us in our quest to catch a glimpse of the mystery of God.

Our intricate thoughts, our wildest dreams, our fervent prayers--
Our heartfelt songs, our quietest meditations, our desperate cries--
Every expression of what it means to be; To exist--
Each are a window in the veil between us and the great unknown.

If the purpose of prayer is to pay homage, invoke power,
or to otherwise communicate through that veil to our presumed creator—
Than these other authentic human expressions really aren’t so different from prayer.

At dinner, it feels a little odd for me to simply say, “I don’t pray” and leave it at that.
Because I do peer through other metaphorical windows into the metaphysical world--
And I still consider myself a spiritual being.

So— if it is okay by everyone else, on my night to cook, I would like to
share a short poem, a lyric, or some other piece of art in leu of a prayer.
And this was mine tonight.

They didn't mind one bit.